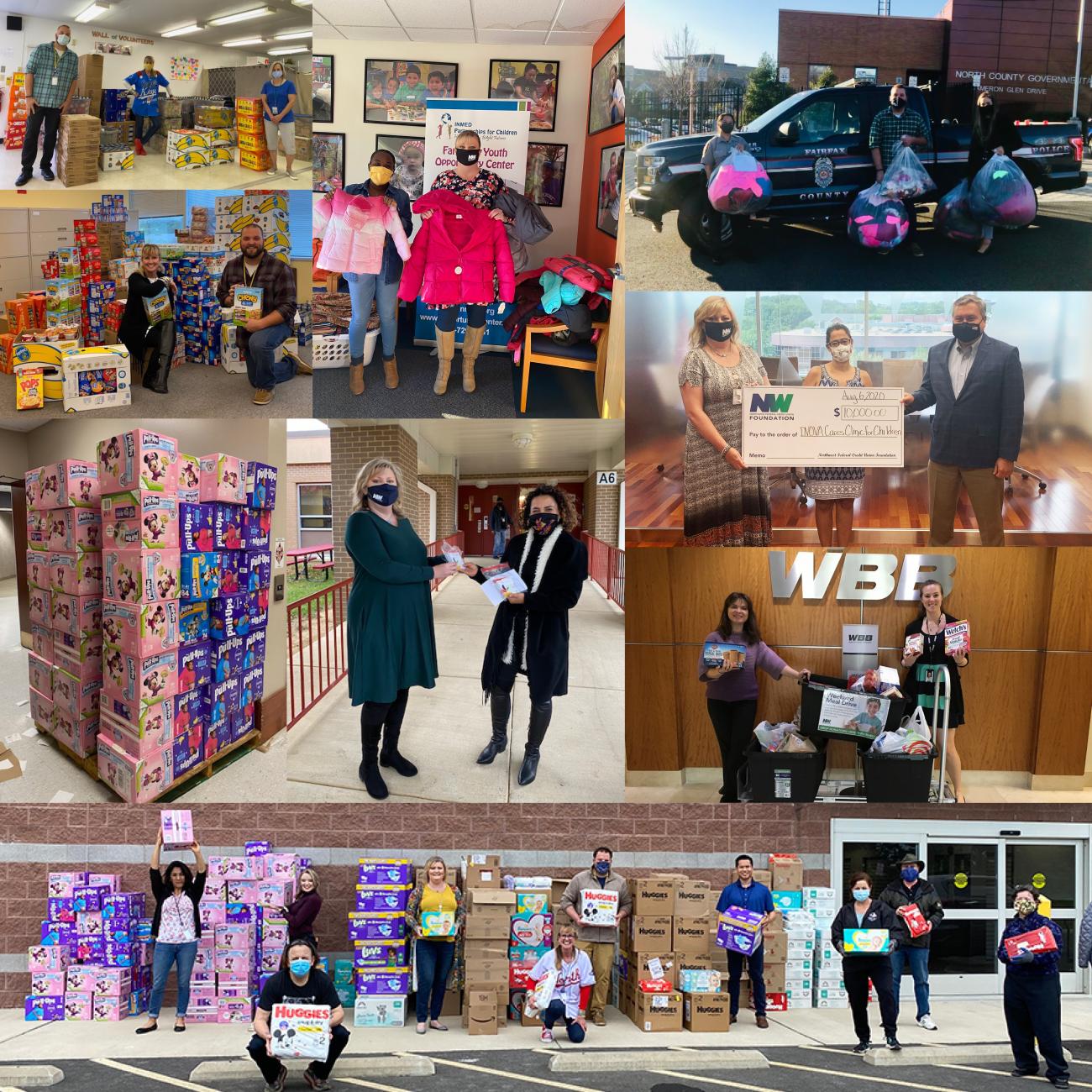 In a year full of hardship, uncertainty and change, the NWFCU Foundation, Northwest Federal Credit Union’s charitable arm, worked diligently to meet the needs of the communities it serves and surpassed previous years’ donations—in some cases doubling the number of items collected.

“Helping kids in need is what we do—no matter what. It has been a tough year for everyone, and I’m so proud of the way our team continued to pivot, regroup and figure out new ways to lend support,” said Jeff Bentley, President and CEO of Northwest Federal Credit Union and Chairman of NWFCU Foundation. “It is a privilege to give back to those who need it most, especially in these difficult and uncertain times.”

Consistent needs, such as weekend meals for children on school meal plans or winter coats for low-income families, became much more urgent with school closures, increased unemployment and a decrease in resources and in-person volunteering. The NWFCU Foundation met these challenges head-on, providing for emergency needs while continuing their yearly drives and scholarship program.

This year, the annual Scholarship Program awarded $110,000 in scholarships through merit and needs-based undergraduate and CTE scholarship programs. Additionally, the Foundation donated $20,000 to the Loudoun, Manassas and Alexandria campuses of Northern Virginia Community College to support their Helping Hands and Lifeline programs.

The year included donation drives and monetary contributions benefitting a wide variety of local organizations that align with the Foundation’s mission:

Of particular note was the Coats for Kids Drive (October-November), where the Foundation collected nearly 900 pieces of winter wear, more than doubling last year’s results. The coats and accessories were delivered to FCPS, LCPS and PWCPS, as well as Embry Rucker Shelter in Reston, VA.

“All of our drives saw exponentially higher numbers this year than in years past, which speaks to the resilience and giving nature of our community members. We absolutely could not have accomplished as much as we did this year without the support of our team members and our amazing corporate partners,” said Executive Director of the NWFCU Foundation, Kaycee Childress. “We had many new partners in 2020, including Giant Food Stores, Pinnacle Academy, TekMasters and Verint Systems, and we are looking forward to working with them again in the future. Last, but not least, we want to give a special shout out to our year-long partner, Whitney, Bradley & Brown (WBB). Thank you for being a long-term partner in all of this year’s drives—we couldn’t have done it without you.”

For more information, and to learn how to contribute, please visit the NWFCU Foundation’s website.

The NWFCU Foundation was established in 2004 to promote and manage Northwest Federal Credit Union’s philanthropic activities. The mission of NWFCU Foundation is to empower young people to achieve their goals by helping them learn, excel and celebrate life and by supporting their health, well-being and education. The NWFCU Foundation is a 501(c)(3) organization. Donations are tax deductible to the extent permissible by law for those who itemize deductions. For more information, visit www.nwfcufoundation.org.

Northwest Federal Credit Union is a full-service financial institution ranking among the largest credit unions in Virginia and in the top 60 credit unions in the nation. Established in 1947 and headquartered in Herndon, Va., Northwest Federal's Why is to serve and inspire to transform lives. The Credit Union currently serves more than 260,000 members and has assets in excess of $3.4 billion. For more information, visit www.nwfcu.org or connect with us on Facebook, Twitter or LinkedIn.